Posted by Clint on Friday, 31 January 2020 in Movie Reviews

Plot: A woman bent on destroying her own life, after the tragic death of her family, finds out the event wasn't an accident, and turns her destructive desires towards the people responsible 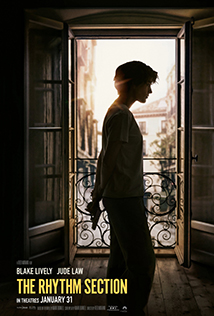 The number one rule of an action flick is that there should be a lot of action. This movie breaks that rule, and so many others.

To say this movie is slow would be an understatement. A better description would be to say that this movie gives you an incredible opportunity to enjoy a 110 minute nap.

I will say that it is not the fault of the actors that this flick is so bad. They all do a pretty good job in their roles. Unfortunately, the writing and directing are just plain terrible. The writer got the pacing and the plot all wrong from the first act, and was not able to recover. The director tried to be unique and artistic with the film, but instead it looks like the whole thing was shot by amateurs.

The story spends too much time focusing on the main character trying to get well enough to be able to do anything. This is fine in most films, but in this one, it lasted 3/4 of the movie. It isn't until there are about 15 minutes left in the film that the quest finally gets on track and starts moving forward. By then, it's way too late to salvage the movie.

If you saw the trailer and were hoping for an action flick with a powerful female protagonist, you will be thoroughly disappointed.