Posted by Clint on Friday, 13 December 2019 in Movie Reviews

Plot: Several girls on a college campus are hunted by cloaked and masked figures 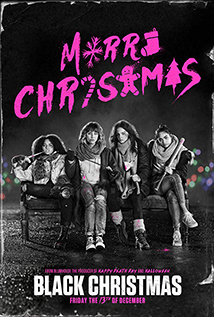 This is the kind of film that gives the horror genre a bad name. This is nothing but a brainless, stupid, slasher flick that serves no purpose whatsoever.

The acting is embarrassingly bad, and the plot is worse.

On some level this is supposed to be a female empowerment movie, but they give the women power by making the men literally brainless clones that are trained only to kill. So rather than make the men smart and the women smarter, they decided to make the men as dumb as possible.

There is nothing scary about this movie. Even the jump scares are lame. And by the time the film gets to the climax everything has become so eye-rollingly ridiculous that it is laugh out loud funny.

If you want to see a great Christmas horror flick, go rent ANNA AND THE APOCALYPSE. But whatever you do just make sure you avoid this movie completely. If you see it Santa will put you on his naughty list.