Posted by Clint on Friday, 30 August 2019 in Movie Reviews

Plot: A man's niece is murdered, but somehow he is still able to talk to her on the phone. Now he must use her to try to solve her own murder 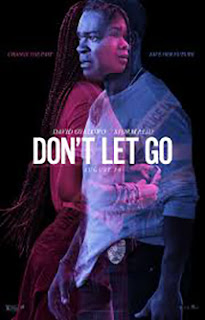 This film is based on an interesting and unique premise. It requires a lot of suspension of disbelief, but if you can get there, this movie is intriguing and suspenseful. It has elements of a crime drama, but it also slides into the paranormal genre as well.

The pacing isn't great. There are several moments where the story seems to drag along, but other than that everything else is a positive. The best part of the film is the acting. Storm Reid is amazing in her role. She does a fantastic job of getting the audience to root for her and feel her emotions.

The film has a lot of suspense and a good mystery. It can get confusing if you aren't paying close attention, so you need to be watching all of the time. There are a couple of moments that feel like the paranormal aspect has been pushed too far, but as long as you don't let that bother you, you will be entertained.

This is a really good movie, not a great one. It's worth seeing in the theaters if you are already pretty sure you are going to like it. If you are on the fence about it, you may want to wait for the digital release. If you are in the mood for a crime drama with a twist then this film will satisfy.