Plot: The Crawley family prepares for a royal visit to Downton Abbey

Clint Says: If you are a DOWNTON ABBEY fan this is a must-see movie 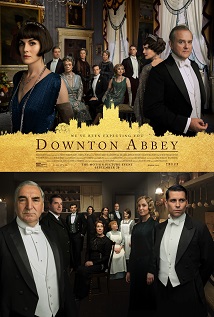 If you are a fan of the DOWNTON ABBEY television show stop reading now and just head to the theater. There is nothing that I can say that would stop you from seeing this movie, nor would I want to stop you. Go, henceforth, and may joyous tidings be unto you.

If you've never seen the show, but you are thinking about seeing the film, the good news is you won't be completely lost. Sure, there are a lot of inside things true fans will get that you won't, but you will understand who the characters are and what is happening throughout the story.

DOWNTON ABBEY is aristocratic snobbery at its best, (or worst, depending on your preferential point of view). It's the perfect film to be enjoyed with a bunch of friends and a bunch of wine.