Posted by Clint on Friday, 15 January 2021 in Movie Reviews 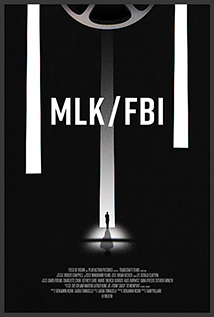 This is a documentary that feels like it could have been something so much better than it is. It is slow, making it feel like it drags on. It is poorly edited, making it nearly impossible at times to understand the point trying to be made. It feels like they found a bunch of important statements and just put them all together whether they belonged together or not.

The other odd thing about this film is the music. About every 10 minutes there is an annoyingly loud drum/bass thing going on that feels nothing like the tone of the documentary. It just beats at your brain, completely taking you out of the story for minutes at a time.
Finally, I was expecting to see and hear things I had never seen and heard before. That didn't happen. This was all supposed to be fresh information from newly declassified documents, but almost everything in this film has been floating around for many years. There were very few moments where I learned something new about MLK or the FBI.
If you don't know much about MLK or his dealings with the FBI this may be a good start, but if you already have a good working knowledge of both this film will bore you.