Posted by Clint on Monday, 28 December 2015 in Movie Reviews

Plot: An FBI agent infiltrates a gang of extreme sports athletes on a massive crime spree 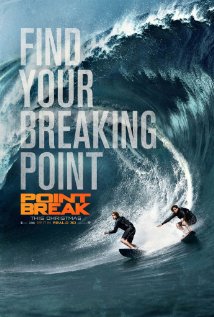 I'm not really sure how you can make a movie about extreme sports, high stakes robberies, and undercover FBI work boring, but director Ericson Core managed to do it in spectacularly boring fashion.

There are so many eye-rolling moments in this film that I felt like I was doing my own back flips and stunts. The bad guys' motivation is flimsy at best, and Luke Bracey's incredible lack of acting skills makes Keanu Reeves look like he should have won an Oscar for the original POINT BREAK.

If I'm ever forced to watch this move again I may have to consider jumping off a cliff as an alternative...parachute optional.