Posted by Clint on Friday, 21 August 2015 in Movie Reviews

Plot: A family is terrorized by the Boogeyman while a PI tries to figure out what is going on 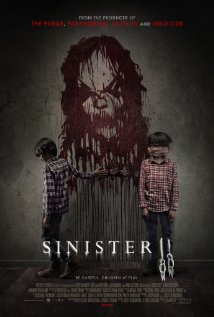 I am almost positive I could feel IQ points slipping from my mind as I sat through this utter waste of time. I actually got a headache from my eyes rolling so often.

The only thing good about this movie is the end. I don't mean the ending, but the actual end. The part where the credits are at the end. Everything before that is horrible.

The acting (if you can even call it that) is as bad as IT FOLLOWS, the plot is stupid and convoluted, the scares are minimal and most of them are the lame jump-out-and-say-boo scares, and the main characters are so annoying I was actually wishing something bad would happen to them.

Save your money, and hopefully we will get a good horror flick in October.