Posted by Clint on Friday, 10 August 2018 in Movie Reviews

Plot: Four girls summon Slender Man, but then they must suffer the consequences 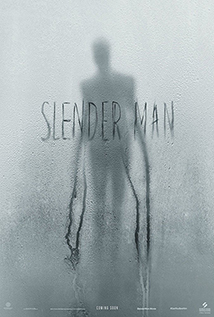 The whole Slender Man phenomenon was a huge deal about 6 or 7 years ago. Why they decided to wait until now to release a movie about him is a question that will probably never get answered.

The good news is, this movie is so bad that we won't have to worry about it in about two weeks when it finishes its theatrical run.

This is easily one of the slowest horror flicks I've ever had the misfortune of enduring. It's about 90 minutes long, but it feels so much longer. Then, on top of that, we are forced to listen to amateur dialogue, tolerate terrible acting, and fight back boredom with every new scene.

If they took out all of the lame filler junk this movie would probably clock in at about 60 minutes. Even then it would still be too long.

Even bad horror flicks usually have something that makes it somewhat interesting. Not this one. There are no twists, no mystery, and no redemption. It's essentially a movie where we all sit around for 90 minutes waiting on the four girls all to die. At about the 30 minute mark I was begging for it to just go ahead and happen so we could all go home.

Save your money on this one. There will be other horror flicks coming out soon that will be much more worth it than this one.