Posted by Clint on Friday, 11 March 2016 in Movie Reviews

Plot: Two brothers, separated while young, find each other again and must rely on one another to try to save the world 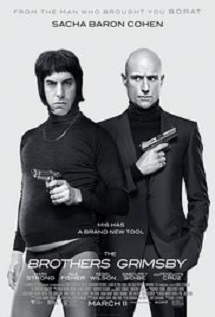 This film is probably spectacularly funny if you are a male between the ages of 15 and 25. Anyone else should skip this movie entirely. It is full of stupid anatomy humor, sex jokes, and Sacha Baron Cohen.

I would like to say that at least the story line was good, but I can't. It was lame ans cliche. Basically, the story was just a conduit for Cohen to slap us upside the head with male elephant parts.

If you are in a particular mood for really stupid humor you may want to give this flick a shot, but even then you'll probably walk away feeling annoyed that you paid to see it.