THE LIGHT BETWEEN OCEANS - Review

Posted by Clint on Friday, 02 September 2016 in Movie Reviews

THE LIGHT BETWEEN OCEANS

Plot: A couple find a stranded baby and decide to keep her, but then they meet the biological mother and things get complicated 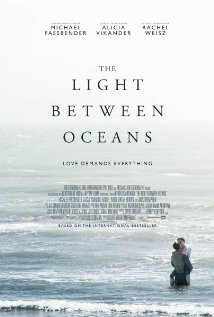 This film checks off a lot of the boxes to be in the yearly awards races, but it just doesn't have that captivating quality that it needs to push it over the top. Now, if you are looking for a good film that will make you ugly cry, this movie will work just fine. If you are hoping to walk out of the theater feeling like your life has been made better by seeing this film, you'll be disappointed.

The main problem I have with this movie is that it is way too long. The first half hour of the film is almost completely useless and could have easily been given to us in about a minute. The rest of the movie has long establishing shots that are beautiful, but it takes too long to get to the point. If this movie had clocked in at 90 minutes instead of just over two hours it would have been significantly better.

Fassbender and Vikander, who are dating in real life, have a strange chemistry on screen. It doesn't quite work with the story. It almost feels like they overplayed the necessary awkward moments and underplayed the deep love between them later in the movie. Whatever it was, it just didn't feel legitimate.

This is a touching and complicated movie that will throw your emotions in a blender and turn it on high. If you are looking for a deep, complex, and difficult love story this is a good choice for you. If you need happiness in your films, you should avoid this one.