Posted by Clint on Monday, 24 April 2017 in Movie Reviews

Plot: A scorned ex-wife is not pleased with the new woman in her old family's lives 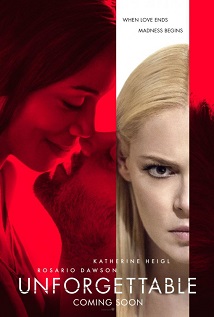 I can't remember the last time I was so annoyingly and brutally bored by a movie as I was while seeing this thing.

I'm serious when I say every single scene was either boring or completely ridiculous. There wasn't a single moment in this film where I thought that maybe it was about to take a turn for the better. It just stayed in a relentless race to the depths of the land of suck.

It seems quite obvious that none of the lead actors were excited about making this movie, because all of their efforts are mediocre at best. And the writers and director didn't even bother to strive for anything resembling realism. The utter ridiculousness of the last 15 minutes of this flick will have you dizzy from all of the eye rolling.