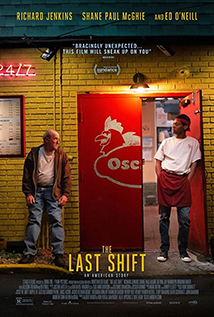 Richard Jenkins is a fantastic actor, and his performance in this film is nothing short of a master class. Add to that the amazing performance by Shane Paul McGhie and you have a solid foundation for a very good film.
The story is interesting if not exciting. Seeing the conflict that arises between a white man that made a career out of a fast food job and the young, black man that is hired to replace him, but couldn't care less about the job, is a fascinating slice of life in modern day America.
This isn't your typical big screen flick that is filled with a lot of flashy moments, rather it is a film that tells a story of people from different worlds where their lives cross. This means that the film ends when their lives move apart. For many, the ending will feel odd and incomplete, for some, you will love it.
This isn't the kind of movie that you go to see to escape life and eat some candy. This is a film you go to see because you love cinema and the way that it can display a story like no other medium can. If you are more of a cinema lover than a person that wants to sit back and enjoy the glitter, you will enjoy this film thoroughly.
Tagged in: 2020 Indie Richard Jenkins Shane Paul McGhie The Last Shift
Continue reading
Hits: 721 0 Comments 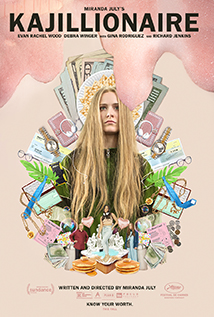 While the big studios continue to push their big-budget flicks into 2021, the indie films that typically don't have the opportunity to get into the large theater chains are finding their way in. KAJILLIONAIRE is one of those films that, in a normal year, 99% of people would never even know it exists, but this is not a normal year.
If you don't watch a lot of indie films you need to know that they are an acquired taste. They aren't polished and edited down to the perfectly focus-grouped scenes. They are typically slower-moving films that tell a slice-of-life story rather than the fast-paced, single-event-driven blockbusters.
This is a quirky, awkward, somewhat funny, somewhat heartbreaking film. It has moments of greatness, and moments that are pretty bland and boring.
The strongest element of this movie is the acting. Evan Rachel Wood's performance is incredible. She plays an awkward teen so well, that you will want to reach through the screen, give her a comforting hug, and tell her everything will get better soon. The rest of the cast does a wonderful job of either forcing her to be even more awkward or trying to pull her out of her sheltered life.
Overall, it is a good movie. There isn't anything special that makes this film amazing or groundbreaking, but it is one that is worth seeing if you enjoy indie films.
Tagged in: 2020 Evan Rachel Wood Gina Rodriguez Indie Kajillionaire
Continue reading
Hits: 280 0 Comments

Posted by Clint on Sunday, 25 March 2018 in Movie Reviews

Plot: A woman being stalked finds herself confined to a psychiatric hospital with her stalker 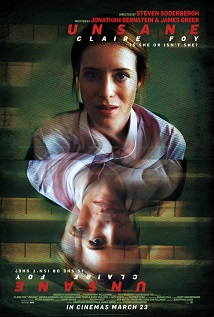 This is one of those films where I find myself parting ways with most of the film critics of the world. I keep on hearing things like, "this is Steven Soderbergh's homage to B movies", and "this whole film was shot using an iPhone," and "this is an ambitious film." But here is the reality...

The writing is horrendous, giving the actors nothing with which to work, the story is flat with not a single twist, and the reveal happens so early in the film that there is zero suspense for a good hour.

I love the fact that this movie was shot using an iPhone. Any time we can get closer to a normal person being able to create a blockbuster film is great. The issue isn't how it was shot, the issue is the crappy story that was shot. It still would have sucked if the whole thing was shot on RED. (That's the industry standard camera for Hollywood films).

Oh, and Matt Damon shows up for zero reason whatsoever.

Look, cameos are a lot of fun. Sometimes they are the best part of the movie. But this one was useless, it added nothing to the story, it didn't call back to any of Damon's other rolls, nor was it funny or ironic. In fact, the only thing his cameo did was pull me out of the story and focus on the fact that Matt Damon had a 60 second scene in a really bad movie.

Oh, by the way, for those of you that don't know the ins and outs of Film Critic Speak, "an ambitious film" is code for this totally sucks, but I can't say that because other critics have already said that they liked it and I don't want to look like I didn't understand it.

UNSANE will drive you crazy.