PETER RABBIT 2: THE RUNAWAY
Rated: PG
Release Date: June 11, 2021
Director: Will Gluck
Stars: James Corden, Elizabeth Debicki, Domhnall Gleeson, Rose Byrne
Plot: When Peter keeps getting blamed for things he didn't do, he decides to go down a bad path and take his friends and family with him
Trailer
Clint Says: Wait until after opening weekend, but see this in theaters 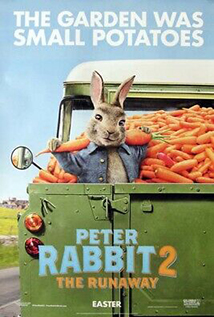 Peter and crew are back again and just as wacky and funny as they were the first time around. It is another episode that will keep the kids laughing and does just enough to keep the parents entertained as well.
As with the first film, this one is filled with physical comedy and silly hijinks. If you or your children are fans of cartoon humor, you will find this movie to be hilarious. Nearly every scene ends in some form of chaos.
The downside to this film is that some of the jokes are done so often that they get old in a hurry. I found myself thinking, "Ok, we get it. Move on," a lot more often than I would have liked. Aside from that, the movie is fun, funny, and exciting.
It is the kind of movie that will have the kids laughing the whole time, and they will sit through the whole thing. I was in a theater with about 40 kids and I only saw two or three leave for a bathroom break. If the film weren't that engaging it would have been a steady stream of people coming and going.
If you are looking for something to do with the whole family soon, you won't go wrong taking them all to see this. Everyone will have fun.
Tagged in: 2021 Comedy Domhnall Gleeson James Corden Peter Rabbit 2: The Runaway
Continue reading
Hits: 256 0 Comments

Posted by Clint on Thursday, 10 December 2020 in Movie Reviews

THE PROM
Rated: PG-13
Release Date: December 11, 2020
Director: Ryan Murphy
Stars: Meryl Streep, James Corden, Keegan-Michael Key, Nicole Kidman
Plot: A group of well-meaning, but bumbling actors try to help a girl take the date she wants to prom, but rules and traditions stand in her way
Trailer
Clint Says: Watch this movie as soon as you can 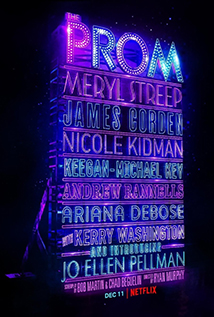 Do you love musicals? Are you a fan of Broadway? Do you consider MAMA MIA to be one of the greatest movies of all time?

Well, get ready to move it down a notch, because it is time to go to THE PROM.

This is a fantastically funny musical that is essentially FOOTLOOSE for a new generation.

The songs are catchy, and the lyrics are hysterical. The costumes are out of this world, and the story is captivating.

This film is an emotional roller coaster in the best way possible. You will be feeling something from the opening credits until the very end. One minute your jaw will be hurting from all of the smiling, the next you'll be searching the couch cushions for another tissue to soak up your tears.

James Corden deserves a best supporting actor award for his role. He will have you laughing until your side hurts and then he will break your heart and have you ugly crying on your laptop keyboard.

The movie also introduces us to Jo Ellen Pellman. She plays the lead role of Emma, and she is amazing. You will fall in love with her character immediately and cheer her on the entire way.

My only real criticism of it is that it is way too long. Clocking in at almost 2 hours and 15 minutes. Thankfully, it is streaming so you can create your own intermission.

Posted by Clint on Friday, 28 September 2018 in Movie Reviews

Plot: A village of Yetis has their world turned upside down when one of their own sees the mythological creature, a human 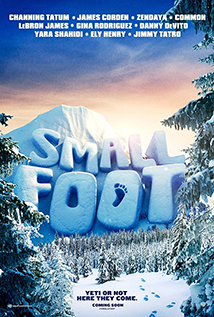 During the last 10-15 years animated movies have gone from simple kids' flicks to excellent films that can easily stand on the same level as some of the best live action films to ever hit the big screen. So, when an average animated film comes out it really stands out. Not in a good way.

SMALLFOOT is an average animated film.

The animation is okay, the story is species-flipped, but still formulaic and simplistic, the music is fun, but not great, and the characters are flat. My eight year old daughter thought it was okay, but hasn't mentioned a thing about it since we saw it several days ago. My six year old daughter told me it was boring and she didn't like it.

There are a lot of snow-bound animated flicks. On a scale from NORM OF THE NORTH to FROZEN I would have to say this is a lot closer to NORM than it needed to be and no where near as good as FROZEN is.

There are still a few more films for kids coming out this year. Save your money on this one and let's all hope that the others are better.

Plot: An emoji that is supposed to be a Meh has other emotions that put him the run from the emojis that want to delete him because they see him as a malfunction 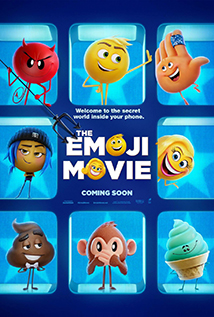 Here is how I imagine the studio executives came up with the idea for this film. They were all sitting around a table after a long day of getting nothing accomplished when one of them says, "Let's make a movie that is almost exactly like INSIDE OUT, but instead of making it amazing we'll make it a huge pile of suck."

"That's it!", replies another exec excited to have any idea at all.

"Hey!", a third exec interjects, "What if three of the character that talk the most were really boring and monotonous?"

"YES!!!", all of the executives shout in unison.

And that is how THE EMOJI MOVIE was born.*

Here is my review in emoji form: 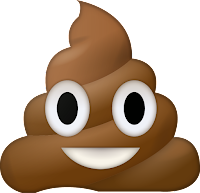 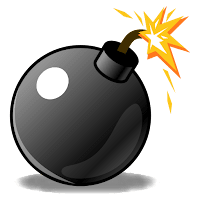 To demonstrate how bad this movie is, I was in a theater full of kids watching this flick. During the entire movie one three year old laughed one time, and I'm only 50% sure he was laughing at the movie.

Seriously, one kid, one laugh.

My seven year old daughter said as we walked out of the theater, "Well, I didn't hate it." Not exactly a ringing endorsement from the dead center of the target audience. my five year old, who loves movies and will talk about them for days turned to me when the movie ended and asked, "What's for dinner?" This film barely fazed her.

When the movie ended everyone filed out in silence like we had just seen SCHINDLER'S LIST. There was literally zero excited chatter among all of the kids.

I know there isn't much in the way of great movies for kids in the theaters right now, but don't let that be an excuse for seeing this nonsense. Save your money for something better.