Posted by Clint on Friday, 12 March 2021 in Movie Reviews 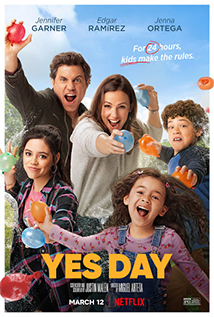 (Streaming on Netflix)
Jennifer Garner is one of those rare Hollywood commodities that can turn out a fantastic action flick and then turn around and give us a wonderful family film. And she has done it once again with Yes Day.
This is the movie of kids' dreams and parents' nightmares. As much as I think I would like to give my kids a "yes" day, I'm almost positive that they would use it to try to kill me. I got proof of this while watching this film and my young girls kept on looking at me and then launching into diabolical laughter.
If you are looking for something to watch with the whole family this weekend, this is a perfect choice. It is fun, funny, exciting, heartwarming, and wonderfully enjoyable for the whole family.
Garner and Jenna Ortega have great chemistry in their respective mother/daughter roles. And Edgar Ramirez fits in well to the chaotic harmony of their family. They all have moments that will make you laugh out loud, shed a tear, and cringe with sympathy.
Grab some popcorn and whatever else the kids want as snacks and enjoy this film together. Just be warned that your children are going to get all sorts of terrible ideas from this movie, and they are going to expect you to say "yes".
Tagged in: 2021 Comedy Edgar Ramirez Jennifer Garner Yes Day
Continue reading
Hits: 494 0 Comments

Posted by Clint on Friday, 15 March 2019 in Movie Reviews

Director: None (Dylan Brown was fired)

Plot: A young girl creates an imaginary park, but when she finds out it has become real she has to help the cast of characters living there save it 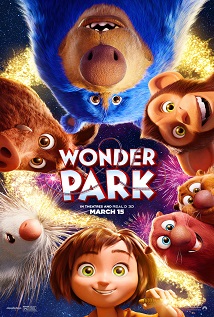 About 14 months before the release of this film the studio fired its director because of misconduct allegations. They never bothered to replace him.

Even with directors, there are so few movies worth paying the price to see in theaters. Now imagine trying to make a good movie without a captain. It's virtually impossible. Sure, they had a staff of high level executives working to make the decisions, but you need someone to break the ties and make the tough decisions. That is what a good director does.

Needless to say, this movie is pretty much a hot mess. Thankfully it is only 80 minutes long so you don't have to endure too much of it. The pacing is all over the place, there is a whole weird thing going on with the main character's mom that will probably need a lot of careful explanations to curious children, and the action in the park is limited to about 20 minutes. It almost feels like it's over before it starts, but then there is still another 20 minutes to go.

The bottom line though is will the kids like it? Probably. Is it going to become one of their favorites? No. Is it worth the price of several tickets and concessions? Definitely not.

There are a lot of kids' movies coming out in the next few months. Many of which will be better than this one. Save your money for things like DUMBO. And if your kids really want to see this one, rent it when it comes out digitally in a few months, but my guess is that everyone will have forgotten about it by then.

Posted by Clint on Thursday, 06 September 2018 in Movie Reviews

Plot: A woman gets revenge on an unjust system after her family is murdered 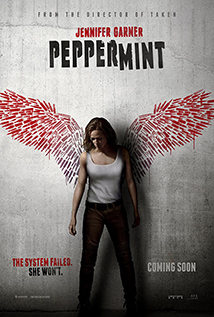 Hell hath no fury like a woman scorned. And Jennifer Garner's character is a massive fist of fury ready to knock out anything and everything in her path.

For those of you thinking that this is the movie mom Jennifer Garner character with a chip on her shoulder, be warned. This movie is a hard R. The violence is brutal and constant. There are several scenes that are not suitable for people with weak stomachs.

The good news is that this isn't just a shallow action flick. The story is interesting, it's fast-paced, and there are some good twists that will keep you guessing. There are even a couple of moments where you may find yourself cheering out loud when certain people get their paybacks.

There are a couple of moments that I wish were in the movie, instead we were just told those things happened. It would have been much better to see them. Then there is a scene or two that are unrealistic or too convenient, but overall those are minor grievances.

If you can handle the violence, this is a film worth your movie-going dollars. It is a lot of fun, it is suspenseful, it is enjoyable, and it is satisfying.

Posted by Clint on Friday, 18 March 2016 in Movie Reviews

Plot: A young girl, diagnosed with a rare disease, is cured after an accident, leaving everyone to wonder how 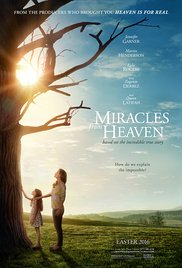 Warning: Bring tissues. Bring lots of tissues. If you have even the tiniest of hearts you will ugly cry at least four time during this movie. Bring tissues.

This is, by no means, an outstanding film, but it is a very good film for what it is. Kylie Rogers will steal your heart and Jennifer Garner is completely convincing in her role as mom. The rest of the cast supports the story well and keeps it moving in an entertaining way.

There is no doubt that this is a faith-based film, but it isn't over the top with the message, nor does it feel like it's a round peg being forced into a square hole. The story feels organic and true.

There are a couple of scenes that may be a bit scary for the younger crowds, and there are many moments that would feel slow to kids under 10, but for the most part this is a fine family-friendly movie that you can enjoy. Even if you are ugly crying.

NOTE: For my Nashville, TN readers, be on the lookout for News Channel 2's own Anne Holt in this movie. She has a nice cameo.