SICARIO: DAY OF THE SOLDADO - Review

SICARIO: DAY OF THE SOLDADO

Plot: The US government uses dark agents to try to start a war between the Mexican drug cartels 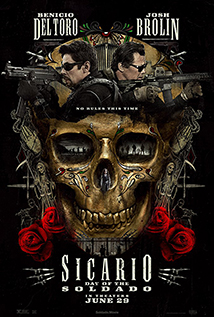 I will give this to the SICARIO franchise, they know how to set a dark mood. Just like the first film, DAY OF THE SOLDADO has exactly zero happy moments. It is filled with despair, horrible people, and decisions that have to be made that have no positive outcome.

One of the things that gives this movie some power is the methodical, mechanical way the characters go about doing their jobs. There is very little emotion, and when emotion is interjected it is quickly dispatched. Because of this there are many times where the film feels slow. I wasn't clock watching, but I did feel like the movie wasn't getting anywhere.

If you like movies that have a tidy wrap up and ending, this is not the film for you. It's open-ended and leaves a lot of questions unanswered. It feels like this movie was nothing more than a setup for the third film in the franchise. I don't always mind it when a franchise does that, but in this case the second film isn't strong enough to stand on it's own.

Hopefully, the next film will tie everything together.

If you saw the first film in this franchise you know that you need to be in a special mood to see and enjoy these films. This isn't a popcorn action flick. It is dark and difficult all the way through. If you liked the first one you will most likely enjoy this one as well, but it isn't as good as the first.

Plot: Deadpool tries to save a boy from being killed by Cable 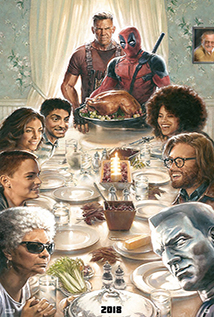 Deadpool has made a triumphant return!

While the first Deadpool movie was extraordinary, this one falls just short of that glory. It is still amazing and better than 90% of the other movies out there, but it feels like we are covering some of the same ground with this movie. Sure, there are a million different jokes about male anatomy, but once you know Deadpool is willing to go there it gets a little tired after a while.

The story is compelling and well-told. The villain is outstanding and his mission is not only understandable, but logical and worthy. It makes for an interesting plot that pulls at your emotions from several directions.

The new characters make for some fun and interesting scenes, but make no mistake, this movie is all about the guy in red and black.

For those of you looking for dirty jokes, lots of blood, big explosions, and juvenile behavior, be not afraid. You will feel the presence of Deadpool's glory covering you in some sort of Deadpoolish fluid from head to toe. Just take your antibiotics before you head to the theater.

ONLY THE BRAVE - Review

Plot: The true story of the Granite Mountain Hotshots 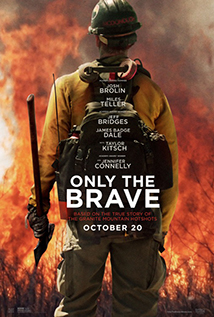 If you've ever lived in the southwest you know about the Hotshots. They are people that put their lives on the line constantly to save lives and property, and it is anything but an easy job. These guys aren't out in the middle of a field with a truck and water hoses. They are helicoptered in, dropped into the bowels of hell and then have to chainsaw, shovel, and chop their way back to safety.

This film does a great job of showing how hard and dangerous their work is without going over the top and making it "Hollywood crazy". It's tough to imagine that a movie that has several minutes of guys digging ditches could be compelling, but this one is.

Miles Teller and James Brolin do great work in their roles, and the rest of the cast gives us a powerful look at the brotherhood of the firefighters, and the toll it all takes on their families.

This film is powerful, intense, and fascinating. It is worth seeing simply for the film itself, but beyond that, seeing this movie is a great way to honor the real men and families of the Granite Mountain Hotshots.

Posted by Clint on Friday, 05 February 2016 in Movie Reviews 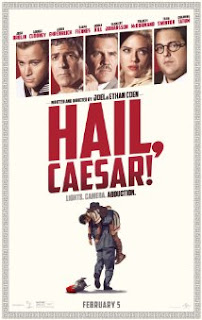 Ladies and Gentlemen, the trailer lies! I'm not even really sure what I saw, but it wasn't what was in the trailer.

The film does have a few great throwback moments to 1950'5 Hollywood, but for the most part it's a disjointed mess. There are several things that happen in the movie that, when the end credits roll, you realize they played no part in furthering the plot or making the story more enjoyable.

I'm sure that the Coen brothers have some deep and meaningful undertone to this movie that I am too obtuse to understand how and why this is high art and a deeply impactful film, but I don't care. I watch movies to be entertained and moved to feel something. This movie, for the most part, did neither.

The only thing I felt while watching this movie was how slowly the time passed before I could leave the theater.

Posted by Clint on Friday, 02 October 2015 in Movie Reviews

Plot: An FBI agent is recruited to a black ops operation with the goal of cutting off the head of the Mexican drug cartel 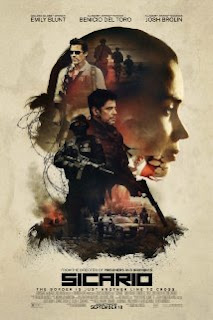 This film had the potential to be something unique and interesting. Instead, it took the road almost always traveled by Hollywood and it became nothing more than your typical drug movie shoot-em-up.

Beyond that it took Emily Blunt's character and went completely off the rails. She is described as an agent that "has been kicking down doors since day one", meaning that she is kick-butt in the field. Unfortunately, the director decided that it would be a great idea for her to completely forget her training and fall apart having to rely on the stronger and smarter men throughout.

I will say that the film is interesting an compelling even though it is cliche and annoying, but it's not good enough to spend the big bucks at the theater.

Plot: The true story of a group of climbers that get trapped on Mount Everest in a bad storm 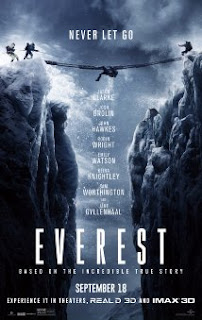 This is a theater movie. By that, I mean this is a film that should be seen in a theater. And not only in a theater, but in the biggest one possible.

I saw this movie in IMAX 3D and there were several occasions where I felt a knot in my stomach because I thought we were going to fall off the mountain.The effects and cinematography are spectacular.

I must say that this movie takes a while to get going and once it does get up to speed it gets pretty brutal, but it is all worth it in the end.

EVEREST is a movie that I highly recommend spending your money to see it in the biggest and best way possible.