Posted by Clint on Monday, 09 April 2018 in Movie Reviews

Plot: The story of the death and cover up of Mary Jo Kopechne 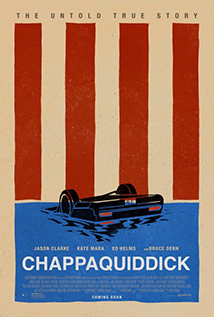 As evidenced by the theater where I saw this film and from reports of other friends that have seen this movie, this is a very popular film among the 60+ age group. Each showing has been a nearly packed house. What is interesting is that this is a story that, for some reason, does not resonate with people too young to remember this event.

Personally, I knew about it, but I was born years after it happened, so by then it was an old story, swept under Washington's rug. Now that we are almost 50 years on it fascinates me that Ted Kennedy had any sort of a career after this, much less the revered career he had for over 40 years in the U.S. Senate.

Even though this is based on a true story, it is still a work of fiction. I don't know how much of it is true, but what I do know s that if even half of this narrative happened Ted Kennedy was a vile and despicable human being. I think that if this same thing happened with today's 24-hour news cycle he would have been out of a job by the end of the week.

This movie holds nothing back when it comes to the Kennedy clan. It paints them as power-hungry, career politicians willing to do anything to get ahead and stay there. The elder Kennedy is nothing more than a mean, old man willing to lie, cheat, and steal to get his sons elected.

As far as the movie goes, the acting is outstanding, and the story is fascinating and infuriating. That said, there isn't anything in this movie that makes it worth spending the money to see it in a theater. Wait for the digital release. That way, you'll be able to pause it and take a few breaths when you get really mad.

Now that this story has been told it will be interesting to see if Hollywood tells the story of Rose Marie Kennedy. Ted's sister. She had some sort of mental health issue that could have been as simple as dyslexia or more complex like bi-polar disorder, but she was a fully functioning member of society until Joseph Kennedy had her lobotomized. After that she couldn't walk or talk and was institutionalized and essentially shunned and forgotten.

Plot: A Marine builds a strong bond with the dog that saved her life 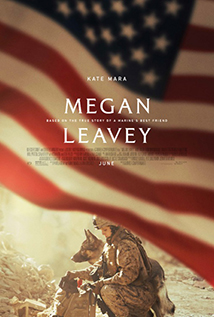 This is a really good film, however it feels like it is more of a Netflix thing than something you typically see on the big screen. It is a movie worth seeing, but not one you need to spend the money necessary to see it in the theater.

Kate Mara does a fine job. In fact, this may be one of her better roles to date. She brings a level of emotion and heart to this film that you usually don't see in military movies.

The story itself is highly compelling and suspenseful. It is also touching and powerful.

If you are looking for a really good movie to inspire you and pull at your emotions, MEGAN LEAVEY is a great choice. However, it will accomplish the same thing if you see it on DVD.

Posted by Clint on Friday, 09 September 2016 in Movie Reviews

Plot: When a science experiment goes wrong, a no-nonsense woman from the corporate office is sent in to clean up the mess 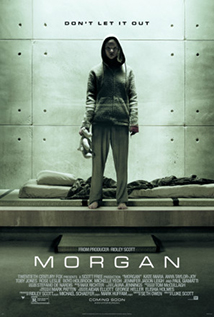 This is the kind of movie where you walk out of the theater and afterwards say, "well, that was a whole lot of nothing." While the film does offer an interesting twist it isn't enough to make up for the unexciting and eye-rolling events leading up to the reveal.

There are several moments of convenience throughout the film in order to advance the plot and give the audience needed information. It is lazy story-telling, and that makes for a bad movie.

This film isn't necessarily boring, but it isn't interesting either. It's the kind of movie that is easily forgettable.

Plot: The true story of a woman taken hostage by a murderer and how she was able to finally get away. 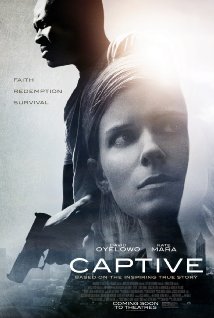 You will hear many people refer to CAPTIVE as a "Christian movie" over the next few days, but really it is a true story that happens to have a couple of Christian elements in it. This film doesn't get bogged down in Christian-speak or things of that nature.

In a film where you have the majority of the story happening solely between a kidnapper and his hostage the acting needs to be incredible to pull it off and not seem cheesy or boring. Oyelowo and Mara do a great job of keeping the audience engaged throughout.

While it isn't the most exciting film out this weekend it still is worth seeing if you have the opportunity.