Plot: A mother gives her son a gift, but there is more to the doll than they bargained for 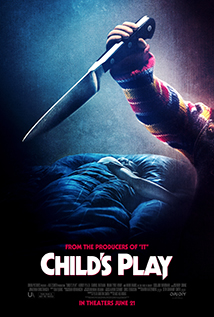 When the original CHILD'S PLAY came out in 1988 it was new, creative, and unique. It wasn't a great film, but at least it was something we hadn't seen before. Fast forward 31 years and we get a reboot that feels old, unimaginative, and tired. There have been so many possessed doll movies, (including another one that comes out in theaters next week), that the whole concept has become cliche.

Even with the modern day updates this isn't a scary movie in any way. It does get a little creepy and a lot gory, but never scary. This is much more of a slasher flick than something that could be considered horror.

The only saving grace in the whole movie is Brian Tyree Henry. Without him as the funny detective this movie would be useless. Usually Aubrey Plaza steals the show, but her character was given nothing to work with making me wonder why she was wasted in this role.

If you need to be scared by a doll, wait a week for ANNABELLE COMES HOME, because the only thing scary about CHILD'S PLAY is how much you will pay to see a bad movie.

Posted by Clint on Friday, 18 August 2017 in Movie Reviews

Plot: A man tries to write and direct a movie that will finally end a show that was created specifically for him 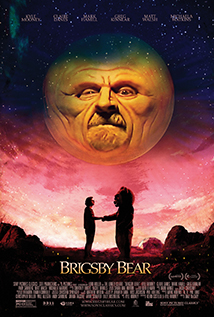 First off, this film is not for everyone. It is weird, quirky, off the beaten path, and not palatable for mass consumption, but it is incredible.

Then I saw the movie.

In my life I've cried at the movies probably 10 times or less. The climax of this film is so powerful and heartwarming that it had my eyes watering.

Once you get past the weirdness and the seemingly juvenile story, you will experience a film that is truly extraordinary. This is one of the most unique, creative, imaginative, and beautiful films I have ever seen. The story will break your heart and have you cheering with joy.

Sure it is peppered with stupid humor, (come on, this is from the same people that gave us the songs D*** IN A BOX and I'M ON A BOAT), but it also tells the story of the journey of self-healing and the strength of family in a powerful and real way.

Can you imagine a world where the Lonely Island crew wins an Oscar? It might become a reality sooner rather than later.

If you get a chance to see this film do it. You'll probably hate it, but if you don't, you'll love it.