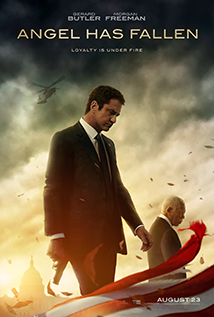 Posted by Clint on Saturday, 09 December 2017 in Movie Reviews

Plot: A guy living it up in the witness protection program needs the help of his biggest rival to thwart a mob hit 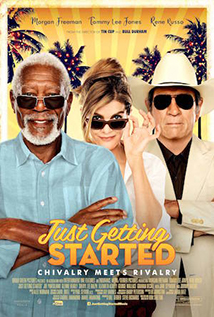 Morgan Freeman and Tommy Lee Jones are two of my all-time favorite actors. But that is only because I didn't see them in this first.

Ladies and gentlemen, this is easily one of the worst films of 2017. You can see that everyone associated with this movie just gave up. (I can't blame the cast and crew entirely...the production company, Broad Green Pictures, did shut down their Production Division during the making of this movie).

This film is so bad it should have a restraining order not to get within 500 feet of a movie theater.

This film is so bad that every ticket sold should come with a free pillow and blanket.

This film is so bad that it should have been named "A 90-MINUTE FORD TRUCK COMMERCIAL", or "CONTINUOUS CONTINUITY ERROR", or "PAYCHECK GRAB".

This film is so bad I wish Tommy Lee Jones could zap me with the flashy thing from MEN IN BLACK so I wouldn't remember seeing it.

This film is so bad it should be forced to write apology letters to everyone that buys a ticket.

It's a slow, boring, plain, annoying, not funny, poorly acted, mind-numbingly stupid movie that doesn't entertain at all and serves zero purpose in being.

Posted by Clint on Friday, 07 April 2017 in Movie Reviews

Plot: Three retired friends lose their pensions to an uncaring bank, so they decide to get it back by robbing the bank 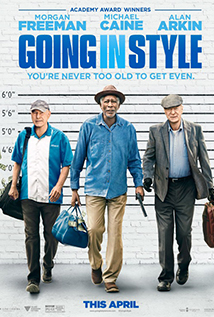 This is a fine film. If you spend the money to see it in theaters you won't be upset that you did. However, a few months from now when it comes out on DVD you'll probably struggle to remember that you even saw it.

It is fun and funny, but it is also a forgettable film. There is nothing about it that makes it worth seeing in theaters, unless you are just desperate to see a comedy on the big screen. And for that, I don't blame you because it's been six months since a non-raunchy comedy hit the theaters.

Freeman, Caine, and Arkin are all enjoyable to watch and they give good performances. The story is fun and has a couple of interesting twists. But it's not the kind of film that captivates you.

This film is great for about 90 minutes of pleasant laughs, beyond that don't expect too much.

Posted by Clint on Friday, 19 August 2016 in Movie Reviews

Plot: A prince-turned-slave returns to his homeland seeking revenge on those that wronged him 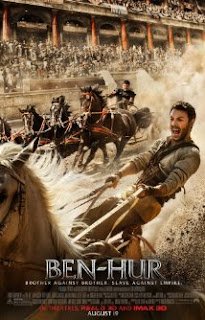 This is one of those films where the trailer lies to the audience. The trailer makes it look like this is an action-packed thriller with a ton of suspense. Instead, it is a slow-moving yawn fest that takes 30 minutes before anything of note happens and then another hour before anything compelling happens.

After we finally get a little bit of action the film then bores us with another 30 minutes of weird Disney-like magic and everyone hugging it out like the last five or six years didn't happen.

It's alos quite annoying that this film is set almost entirely in Jerusalem, yet everybody (with two exceptions) is white. When will Hollywood learn that we really don't need to have white people in every movie. Especially the ones where there shouldn't be many of them.

This movie is one big snoozer from beginning to end. You'd be better off just skipping it.