Posted by Clint on Thursday, 08 July 2021 in Movie Reviews 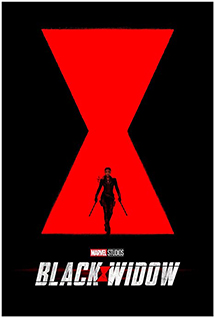 It's been 11 years since Scarlett Johansson gave us our first look at the character we know as Black Widow. From the first moment Tony Stark laid eyes on Natalie Rushman we all knew she was going to be something special. For a lot of fans she has been one of their favorite Avengers, and now she gets her own story to show off her skills and give us a better look into what makes her tick.
I know a lot of people have been confused by the timeline of this film. For reference, this story happens after the Avengers have been torn apart and some of them imprisoned. Black Widow is on her own.
That being established means this isn't a true "origin story," but we do get to see how it all began for her. The good news is this doesn't have your typical, slow-moving, information dump. It gets right to the point and keeps the pace up throughout the entire 2 1/2 hours.
This film is filled with amazing action, fantastic dialogue, and a highly compelling and emotional story. You really feel for her and her sister as they go through a nearly impossible journey of healing. There are moments that will break your heart and make you want to get into the fight with her.
Aside from the emotions, this film is packed with action. There are so many great fight scenes and action sequences. It barely gives you time to catch your breath before the next big event slams into the screen.
There are somewhere in the neighborhood of 2 dozen Marvel films out now. Personally, I would rank this one in the top 5 or 6. It is an incredible film that never feels like it is dragging or is too long. It hits all of the right notes and will leave you wanting more.
I know that this film is releasing simultaneously in theaters and on Disney+, but I highly encourage you to see it in theaters. This is the kind of film made to be seen on the big screen. It is totally worth the money and the time to see it as big and loud as you possibly can.
Finally, make sure you stick around for the after-credits scene. It will make you wish you could see that movie right now.
Tagged in: 2021 Black Widow Comic Book Florence Pugh Scarlett Johansson
Continue reading
Hits: 417 0 Comments

Plot: Friends from gather for a bachelorette party, but things turn for the worse when they accidentally kill the stripper 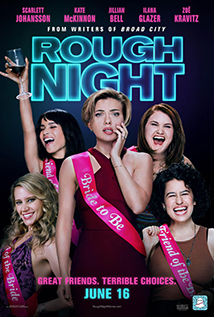 This is a moderately humorous comedy. It isn't a movie that will become an always-on-tv-classic, but seeing it once isn't a bad thing.

Scarlett Johansson does a surprisingly good job in her first lead role in a raunchy comedy. In fact, there isn't a sour note with any of the casting choices. But, as usual, Kate McKinnon steals the show.

The trailers make this movie look like a fairly simplistic and formulaic comedy, but the full story is actually much more complex and interesting. It is filled with twists (although they are super-easy to spot), and out-of-the-ordinary moments that make this film better than your average party flick.

If you are looking for a comedy that will have you rolling on the floor with laughter you may want to look elsewhere, but this film will give you several chuckles. If you're hanging out with your girlfriends this weekend and are looking for something to do, give this one a shot.

NOTE: Make sure you stay through all of the credits.

GHOST IN THE SHELL - Review

Posted by Clint on Friday, 31 March 2017 in Movie Reviews

GHOST IN THE SHELL

Plot: Scientists have put a human brain into a robot and created a crime-fighting weapon, but she soon finds out there is a lot more to her story 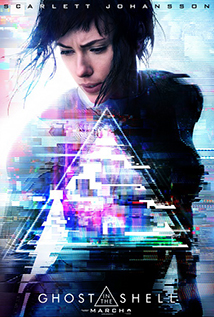 This is one of those films that has all sorts of potential and yet still manages to let you down almost completely. It is slow, it has huge plot holes, the acting is terrible, and the story doesn't do anything to make you want to care for any of the characters.

The good news is that many of the visuals are incredible. Obviously, they decided to spend most of their budget on making the film look good rather than be good.

Unfortunately, origin stories tend to be slow simply because so much information has to be given to the viewer, but this one is exceptionally slow. There are several place where the pace could have been ramped up, but it never was.

As for the acting, most of it is sub-par, but Scarlett Johansson is exceptionally bad. I get that she is playing a robot, but even so, she needed to give the audience something with which to connect. There was never a moment where I cared if she lived or died.

This film is also full of plot holes and story lines that make no sense. If you start critically thinking about this movie while watching it, you'll be highly disappointed with what you are seeing.

Overall, this is a forgettable film that isn't worth your time. I doubt even hard core fans of the anime are going to like this version.

VIEWER WARNING: For those of you susceptible to flashing lights, there is a fight scene with lights that will cause headaches and feels like it has the potential to trigger seizures.